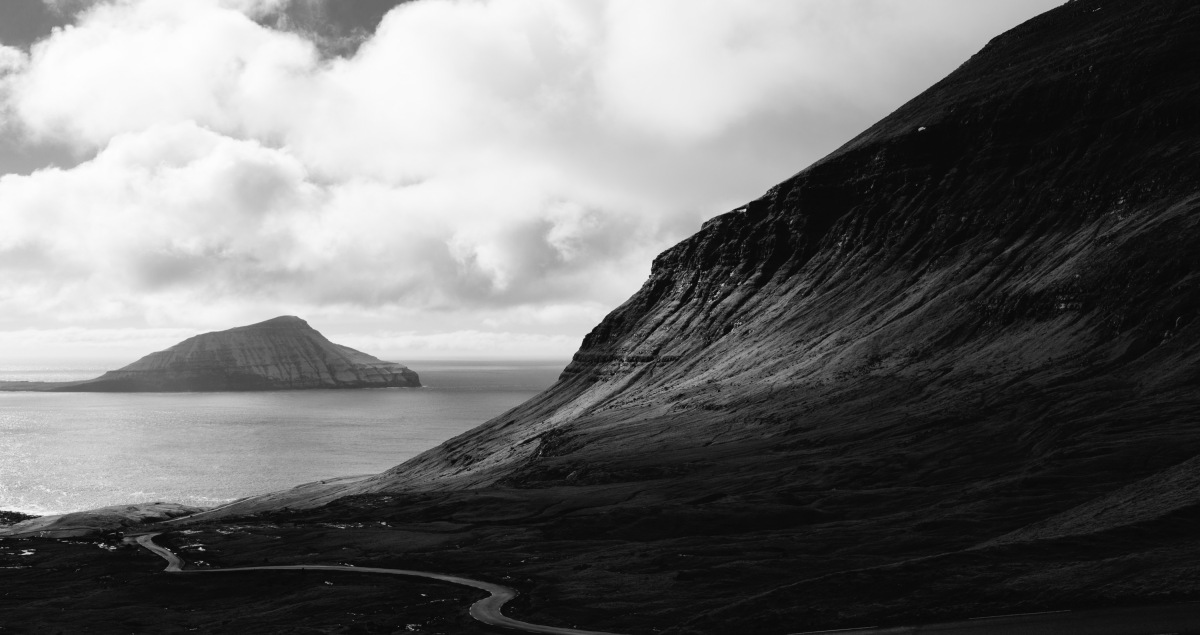 day 12 was pretty dull for me. we had scheduled a boat tour, but my sickness was returning with a vengeance and i didn’t think that hanging out on a boat for four hours while it was foggy and raining was really the best plan, so i stayed home and drank weird Chinese home remedy concoctions for colds. i did get through a ton of photos that i needed to edit, though, so it wasn’t an entirely unproductive day. the others said the boat tour was pretty awesome, so i’m sorry i missed it. oh well. it was good that i was well-rested for the following day…

…which was ECLIPSE DAY!!! yes, eclipse day. the whole reason Lindsay and i planned this trip a couple years ago… to be honest, though, i really didn’t expect to see anything. going into the trip, i knew that the weather on the Faroe Islands during March was pretty poor, and i figured it’d be completely overcast pretty much the entire trip. which it has been. but we did get one day of partial sunlight, and it just happened to be on eclipse day. we got up early and drove to our pre-scouted location for sunrise…but it was completely overcast and raining. not a promising sign… it remained very cloudy throughout the start of the eclipse, and it wasn’t until about a minute prior to totality (when the moon completely covers the sun) that the clouds parted and we could don our goofy eclipse glasses and stare like fools at the show.

the next couple minutes were…something. i’d love to explain the beauty of those moments with flowery, descriptive language, but i’m just not up to the task. Lindsay says there are no words for the emotion of the eclipse, and i think that’s accurate. all the descriptors (amazing, awesome, magnificent, etc.) that i can think of just seem far too watered-down. i’ve never experienced anything like it, and it’s likely i’ll never experience anything so amazing again. we watched the show next to a British astronomer who’s been to 17 total solar eclipses over the years, and she said that this one ranks amongst the best she’s seen. i don’t have anything to compare this one to, but i’m not surprised.

during totality, the world got very dark…it wasn’t really anything near pitch black like they say, but it was still very dark. Lindsay’s sitting next to me as i write this, and she mentioned that the quietness — not the darkness — was what was most compelling during totality. i definitely agree. i’m not sure if it actually got quieter (the animals all allegedly go to sleep during totality), or if it was just perception, but it definitely felt like noise disappeared with the light. there was just this immense, powerful peacefulness that fell over the land. but it wasn’t peacefulness in the sense that you feel peaceful just prior to going to sleep…it was a peacefulness that was charged with energy, emotion, and power. which probably makes no sense. as Lindsay says, “that’s why there are no words!”

so i’m going to stop trying to explain why it was so awesome/amazing/magnificent/descriptors…and instead i’m just going to recommend that you see one if you ever have the chance (there’s a total solar eclipse in 2017 that will be visible in like 15 states in the US, so no excuses…).

i didn’t take any pictures during the eclipse because i wanted to devote my attention completely to the moment, and that’s something that i’m not able to do while fiddling with dials and worrying about exposure. so for now you’ll have to be content with googling for shots of the eclipse and checking out my gallery below of the rest of the day’s adventures. enjoy!