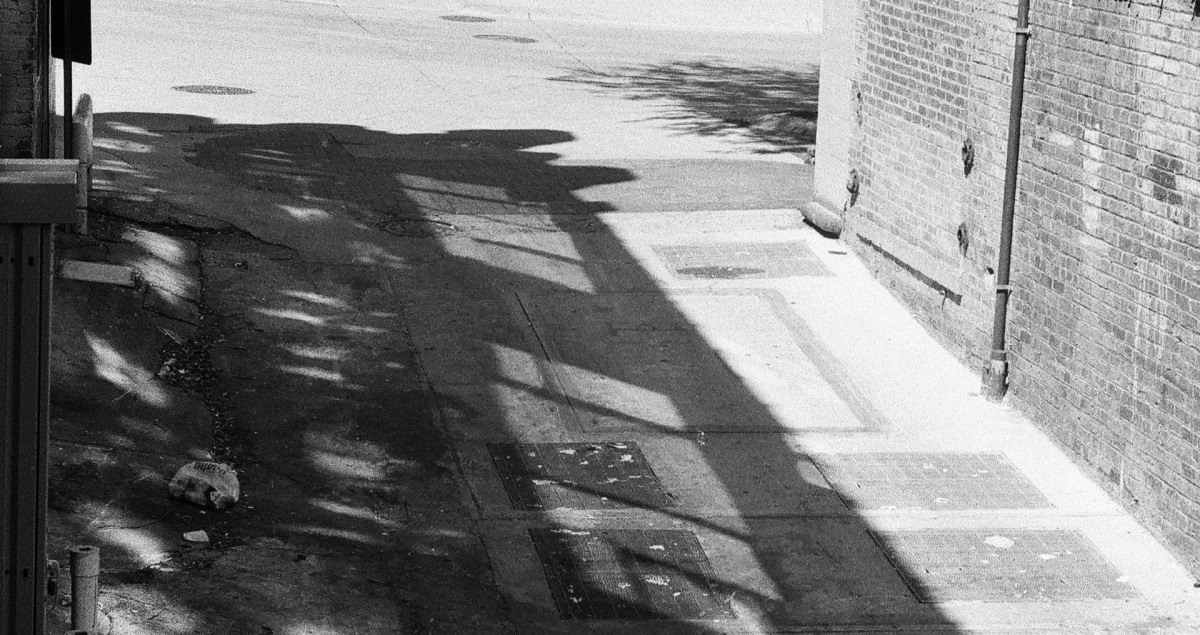 In weeks 101 and 102, I talked a lot about using light and shadows to direct the viewer’s eye. Our eyes are naturally drawn to the areas of the image with the highest contrast, which makes using shadows as leading lines very powerful. I think this week’s image does this very effectively…twice.

Before talking about how the shadows act as leading lines in this shot, though, I want to back up a bit.

I have fully caught the film bug. You probably know by now that I’ve been experimenting with shooting film lately, but what you probably don’t know is that I’ve been shooting film nearly 100% of the time since March. I shot digital for my sister’s wedding and when I went on vacation to China and Thailand (I don’t trust my abilities with film in these can’t-miss situations just yet), but aside from that it’s been all film. I’ll discuss this more in future In Development posts, but the reason this is relevant for this image is that it’s my first Photo of the Week that was shot on film!

I had purchased a used Leica M3 on eBay and was rattling through a roll of HP5+ to test that the camera was in good working condition. I was on a midday photo walk and found myself enjoying the light and reflections in this alley. While I was pondering how to make an image of the scene, I noticed the man across the street. He was just…standing there. I wandered around the alley for a few minutes and ultimately climbed a fire escape to get a better view. And he was still just standing there looking up the street.

From my perspective, it was almost laughably easy to use the shadow in the alley as a leading line that would take your eye directly to that man’s figure. While I was tweaking focusing and angles, I noticed that the same phenomenon of a shadow acting as a leading line was happening again another block up the alley. And in a strange coincidence, a pedestrian’s silhouette was just about to walk directly into where that shadow was leading. I waited for the perfect moment and snapped the shutter.

This shot, perhaps more than any other, embodies why I love shooting with film. If I had been carrying a digital camera with me on this walk, I almost certainly would have grabbed four or five images within the first couple minutes and moved on. I never would have ended up with this composition and I would have been exploring somewhere else when that perfect moment of the double leading lines presented itself. Patience is incredibly important in photography, and shooting with film naturally puts me in that patient mindset so much better than digital does.

I’ll still be shooting digital for the foreseeable future (I’ve got my eyes on you, Fuji X-T2…), but I’m now convinced that I’ll be shooting film as well.