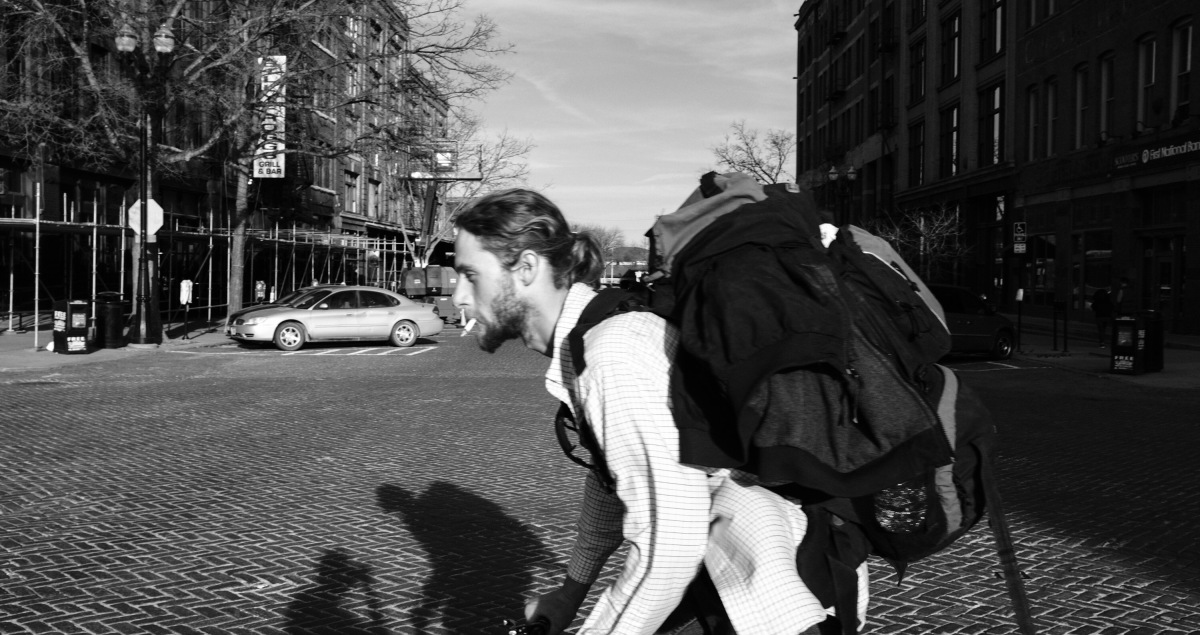 For today’s post, I’m going to continue the train of thought I started a couple days ago about cameras getting out of the way when shooting. One of my biggest takeaways over the last year of shooting is that film cameras naturally get out of my way much better than digital cameras do.

I think this is partially due to the form of so many modern digital cameras. If you want to change something about your camera’s setup, you have to shift your mindset from one of shooting to one of sifting through computer menus. It’s unnatural, and it interrupts the photographic flow. I think Fuji is doing an exceptional job of solving this problem, and it’s one of the reasons I love their cameras. It’s easy to dismiss the re-introduction of all the physical dials and knobs as a marketing ploy that’s pandering to nostalgia and hipsters, but in my opinion it helps address this very real photographic problem.

The form is only half the problem, though. Even when shooting with digital Fuji cameras I find my camera frequently knocks me out of the flow of shooting. After shooting, I’ll pause to review the shot’s composition and check the histogram (see yesterday’s post for an explanation of why). Or I’ll fiddle with the settings of shadows/highlights/color/sharpness in the Q menu. Or I’ll switch from Classic Chrome to Acros…and then back again. In some ways the problem is a paradox of choice: there are so many settings to fiddle with that could produce a better image for the next scene that I spend too time stressing over the settings and not enough time being present with the world around me. As a result, I lose out on potential shots because I never even see them in the first place.

This problem is obviously rooted in me and not the cameras…you can’t really complain about having too many good features. Addressing the issue requires a mindset shift, but that’s easier said than done. To help “forget” about some of my camera’s features and free up my mind to focus on the world around me, I’ve started to treat my X100F more like a film camera. I’ll set my film simulation, highlights, shadows, etc. at the start of my photo walk and won’t change them throughout the walk. I’ll either set my camera to aperture priority mode or I’ll shoot manually. And I’ll also usually shoot with the OVF rather than the EVF or the LCD. The final touch is to set my camera to not show a preview after taking the image.

The last two images and today’s image were all shot this way on the same photo walk. I was in a bit of a rut at the time, but fixing my settings before going out on my photo walk freed up my vision and I really enjoyed the results I got. Today’s image is far from technically perfect, but it might be my favorite shot I’ve taking during this photo challenge! If you ever feel like you’re spending more time focusing on your camera than your subject, I’d encourage you to give this approach a shot!