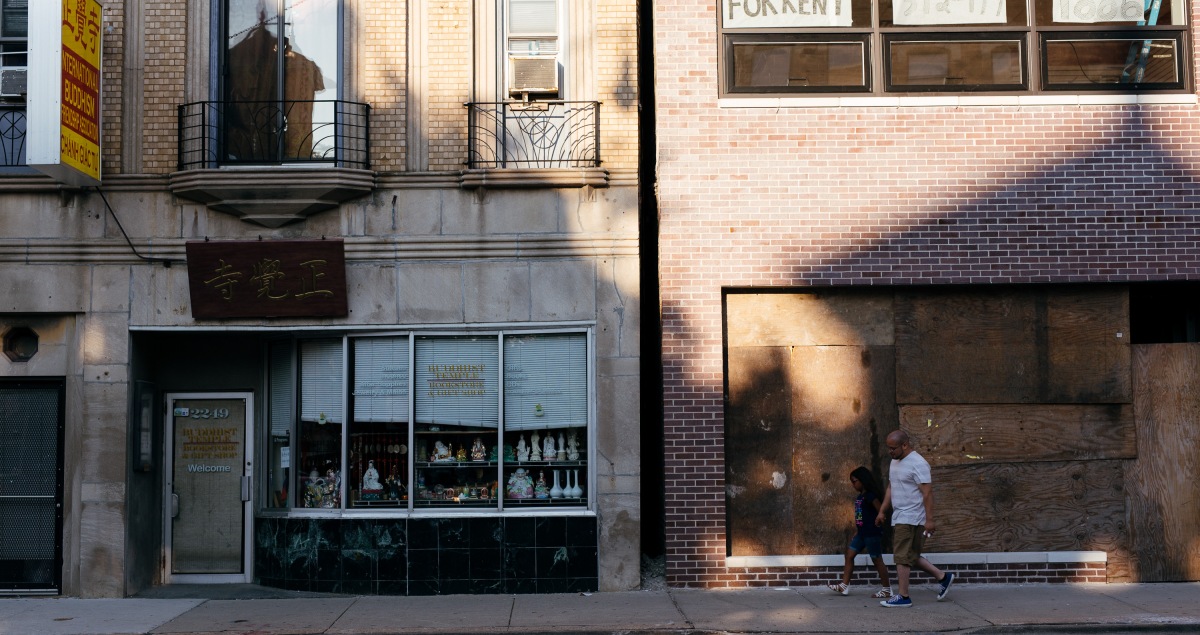 He’d been having trouble with students who had nothing to say. At first he thought it was laziness but later it became apparent that it wasn’t.  They just couldn’t think of anything to say.

One of them, a girl with strong-lensed glasses, wanted to write a five-hundred word essay about the United States.  He was used to the sinking feeling that comes from statements like this, and suggested without disparagement that she narrow it down to just Bozeman.

When the paper came due she didn’t have it and was quite upset.  She had tried and tried but she just couldn’t think of anything to say.

It just stumped him.  Now he couldn’t think of anything to say.  A silence occurred, and then a peculiar answer:  “Narrow it down to the main street of Bozeman.”  It was a stroke of insight.

He was furious.  “You’re not looking!” he said.  A memory came back of his own dismissal from the University for having too much to say.  For every fact there is an infinity of hypotheses.  The more you look the more you see.  She really wasn’t looking and yet somehow didn’t understand this.

He told her angrily, “Narrow it down to the front of one building on the main street of Bozeman.  The Opera House.  Start with the upper left-hand brick.”

Her eyes, behind the thick-lensed glasses, opened wide.

She came in the next class with a puzzled look and handed him a five-thousand-word essay on the front of the Opera House on the main street of Bozeman, Montana.  “I sat in the hamburger stand across the street,” she said, “and started writing about the first brick, and the second brick, and then by the third brick it all started to come and I couldn’t stop.  They thought I was crazy, and they kept kidding me, but here it all is.  I don’t understand it.”

Neither did he, but on long walks through the streets of town he thought about it and concluded she was evidently stopped with the same kind of blockage that had paralyzed him on his first day of teaching.  She was blocked because she was trying to repeat, in her writing, things she had already heard, just as on the first day he had tried to repeat things he had already decided to say.  She couldn’t think of anything to write about Bozeman because she couldn’t recall anything she had heard worth repeating.  She was strangely unaware that she could look and see freshly for herself, as she wrote, without primary regard for what had been said before.  The narrowing down to one brick destroyed the blockage because it was so obvious she had to do some original and direct seeing.

— Robert Pirsig, Zen and the Art of Motorcycle Maintenance

today’s photo adventures post features shots from a brief wandering through Chicago’s Chinatown. street photography is a challenging beast, and one that i’m convinced i could spend decades studying without losing interest. with street and nature photography (my other favorite type), the same preparation can yield vastly different results on separate occasions, and i think this is a key component of their lure.

with nature photography, you’re a slave to the weather and light. the type of shot that’s right for an occasion is totally dependent on circumstances outside your control. this creates high-variance photo adventures, where you’ll very often return from an outing empty-handed…but every once in a while you’ll get something magnificent. this also necessitates a lot of gear – multiple lenses, filters, a tripod, cable release, and so forth. and then there’s all the backpacking gear that’s so often required for nature photo adventures…

with street photography, the moment you’re trying to capture is gone almost as soon as it appears. unlike nature photography, you don’t have the luxury of setting up a tripod or switching lenses or otherwise conforming your gear to the occasion. often, you don’t even have time to think. you just have to react to the moment and your instinct and snap the shutter.

getting over the psychological hurdle of thinking before you shoot was by far the biggest challenge when i started street photography. a moment would appear, and i’d think “ooh i’d love to compress this scene with a zoom lens…where’s my 70–300mm?” and then the moment would be gone. i’d have an image in my mind of the shot i wanted to take, but i’d have no photographs. and then the next moment would arise, and i’d miss that one too.

i read an excerpt from a blog post by perhaps my favorite street photographer, Marius Vieth, that snapped me out of this way of thinking:

In order to truly focus on everyday beauty, I want to think as little as possible in terms of gear and as much as possible about composition, colors, lines, natural contrasts and exciting moments. The more gear I own, the more I’m trapped in gear thoughts.

Marius shoots with one camera, and one lens. he doesn’t bring anything else when he shoots.

i’ve adopted this approach when i shoot street photography now. for a while, i used a 35mm lens, set it to f8, and shot. i’ve been using a 50mm lately, and i’ve become slightly more adventurous in my aperture selection, but the approach is still very minimalist.

making this switch helped me get over the aforementioned psychological hurdle, but the biggest contribution its made to my street photography has actually been in unleashing creativity. when all i have is a 50mm lens with me, i think of the world in 50mm. through restricting the way in which i view the world, i’m freed up to ignore thoughts about how to view the world and focus on actually viewing the world.

when you do this, you realize how much magic you’d been missing while you were thinking. previously, i could go through entire photo walks without feeling drawn to shoot anything. now i realize this was symptomatic of my hyperactive mind that was continuously strategizing about lens choices and wouldn’t just shut up and immerse itself in the moment.

previously, i could have walked through all of Bozeman without taking one picture. now i see even the upper left-hand brick as worthy of a photograph.

all shots were taken with my Canon EOS 6D and Sigma 50mm f/1.4 DG HSM Art. i never thought about using anything else.