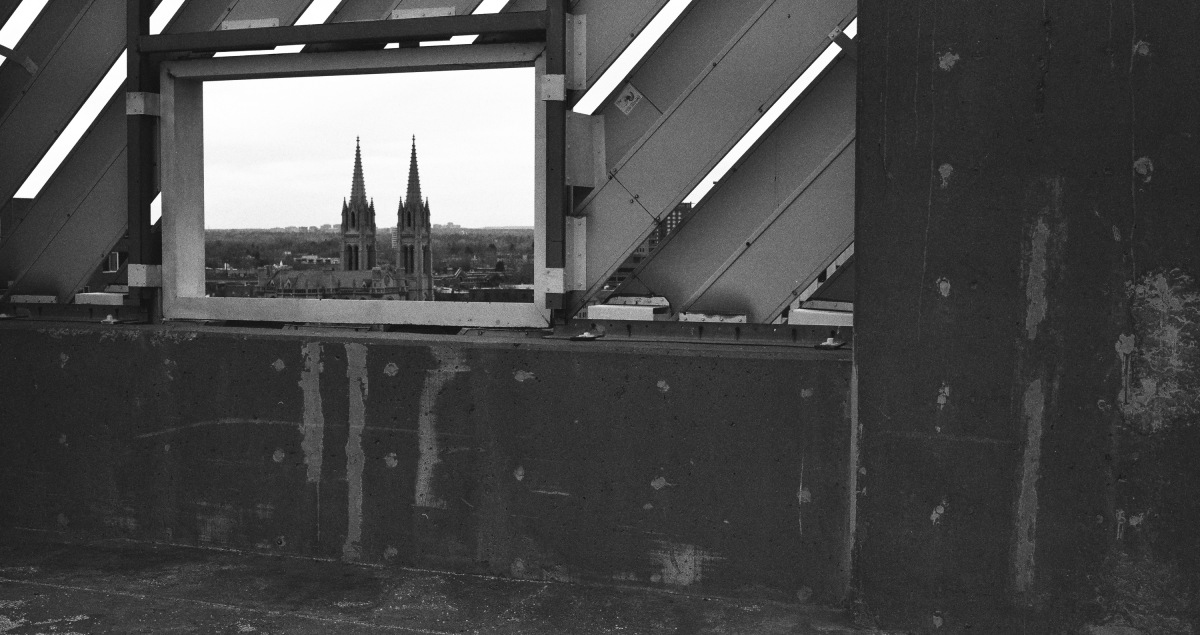 My first roll of film with my Mamiya 7 II was primarily shot for experimentation. I was trying to answer questions like how much underexposure and overexposure the film could handle, how accurate the meter in the Mamiya was, how difficult it was to get accurate focus, etc.

My second roll of film (and probably my next million) were still shot with this sort of experimentation in mind, but I was spending more of my time thinking about making good images with this second roll. Now that I was convinced that the camera was operating well after the trip to the shop, and now that I had gotten more comfortable with the controls and the meter, I was freed up to think more about the process of photographing. I’m sure it’ll take several months of rigorous use to get to the point where operating the camera feels second-nature, but it’ll almost certainly happen faster than it would with any digital camera… Hooray for no menus!

I’m a little short on time right now (heading out to Utah for a week of camping and hiking in various national parks and monuments!), so I won’t be going through any lessons learned from this roll of film. I’ll just give a little detail about the locations of the images and some technical details and then I’ll be off!

The first two shots on this roll of film were taken in Fort Collins, and the remaining eight shots were taken on a photo walk through Denver with Keegan. I also have a full roll of color (!!) film from that photo walk that I’ll be posting in the next week or two.

All photos were shot on a Mamiya 7 II with the 80mm (39mm equivalent) lens on Ilford HP5+ 400 (expired 2006). They were developed and scanned by 120Processing.com, and they were processed very minimally in Lightroom (mostly cleaning up dust spots and tweaking contrast). Enjoy!