I mentioned in my first post on Shanghai that there was something about the city that threw me off. I was expecting things to be more different than they were, and I think a lot of that can be attributed to the influence Britain historically had on the city. It was just pretty Westernized.

Well, there wasn’t much of that in Nanjing.

Andrew lives and works in Nanjing, so it acted as our home base throughout the vacation. Our first trip to the city was fairly quick and it mostly served as a place for Christina and I to catch our breath before we headed to Beijing. Christina and I were still feeling the effects of the flights and time change, so this little interlude was much appreciated.

Andrew was working for the couple days that we were there, so Christina and I were without our translator for the most part. In Shanghai, I don’t think this would have been much of a setback, as the majority of the people seemed to speak some English. In Nanjing, though, it turned out to be quite a barrier.

As I look back on it, this was probably the first time in my life that I was in a place where English wasn’t widely spoken. I’ve traveled out of the country before, but English was always a common language that I felt like I could fall back on if need be. Not so in Nanjing…this was terrifying and it turned out to be enlightening as well. I realized how much we rely on language to understand not just what others are saying but who they are as well. When you’re trying to communicate with someone and you don’t have any grasp of the language, you come across as silly and an idiot. That gives you a nice little check to your ego and it also prompts you to re-evaluate all the times you were frustrated with a foreigner who seemed unintelligent or slow because their grasp of your language was less than perfect…

Anyways, with the fatigue and fear of getting lost in a new city where we didn’t speak the language, we didn’t wander around much. I also think I developed a bit of a resistance to Nanjing as a result. It was more of the China that I was expecting, but I was too caught up in fear to find a way to appreciate it. I found myself kind of disliking Nanjing. Interestingly, by the end of the trip Nanjing had become my favorite place in China…more on that in posts to come! 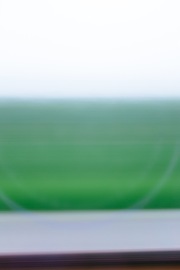 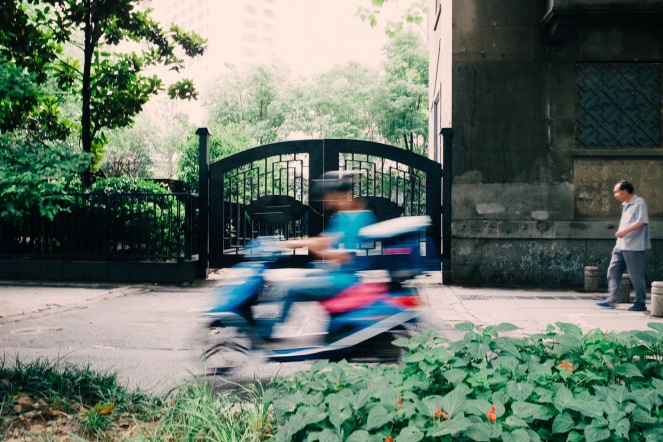 Shooting some images from the cab on the way to Andrew’s apartment.

…we had hot pot, which is a traditional Chinese meal that consists of a boiling pot of spices in the center of the table and all kinds of raw meats and vegetables surrounding it. You dip the food into the pot for a bit to cook it (Christina and I opted for dipping in the not-so-spicy side…). It was a very unique experience, and if I ever go back I plan to be more adventurous with the sorts of meats I try! 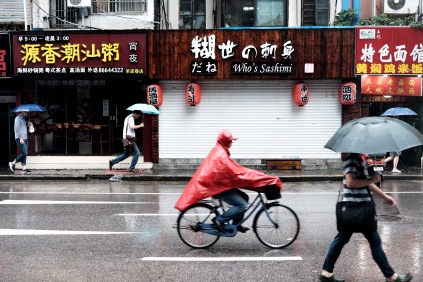 It rains in Nanjing too… 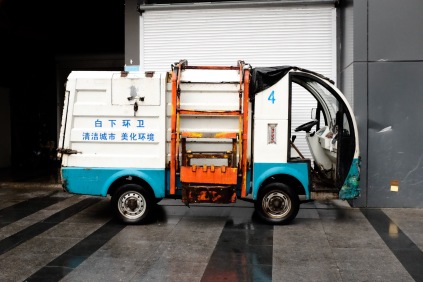 As a silly outsider, I found even the garbage trucks interesting. 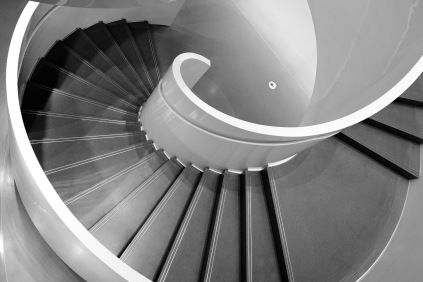 A shot of the staircase in Andrew’s Apple Store. 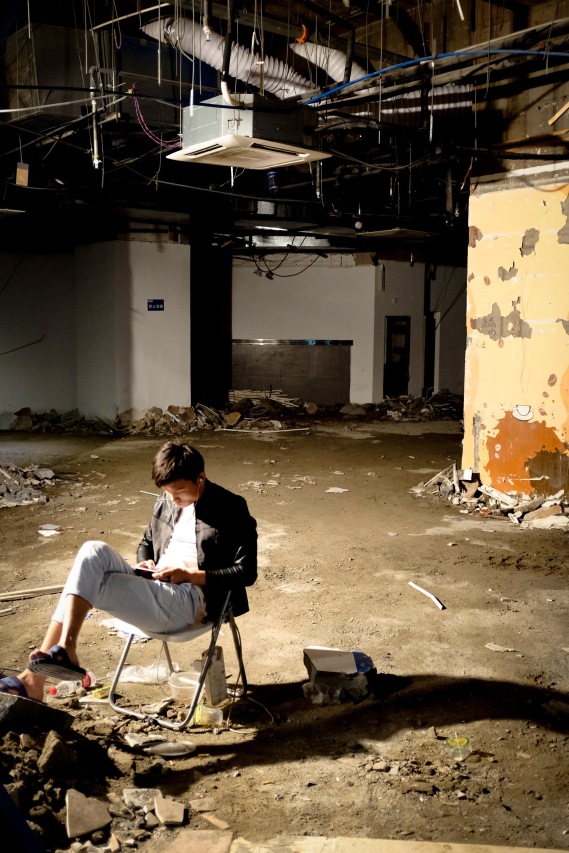 I love coming across scenes like this. What’s this guy up to? Maybe there’s a Pokemon Go gym nearby… 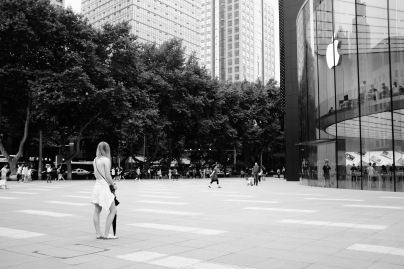 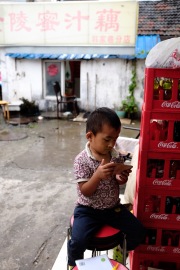 I love this little kid. One of my favorite shots from the trip. 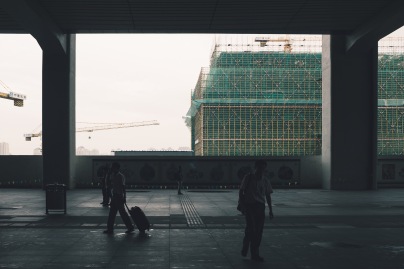