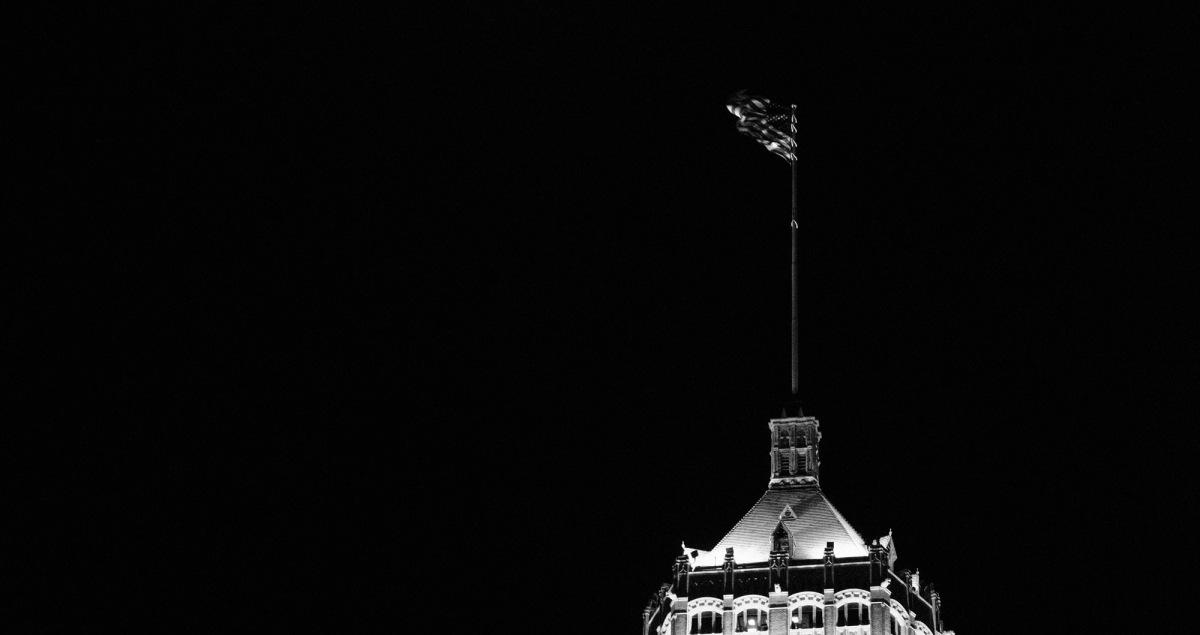 Both yesterday’s shot and today’s shot are from a quick trip to San Antonio last weekend to see some friends. Photography wasn’t a focus of the trip by any means, but I did carry my X-T2 with the 35mm F/2 with me on a few of our walks.

I’ve been using a Gordy’s wrist strap on the X-T2 since I got it, and using a wrist strap as opposed to a neck strap has made me feel like the camera itself is smaller and more portable. I know it’s just a psychological trick, but it has probably resulted in me carrying my camera more often1. On our second in San Antonio, we went down to the amazing Riverwalk for a Texas-sized margarita, and I’m not sure I would have taken my camera if I hadn’t had a small-profile wrist strap attached.

I took quite a few shots along the river that evening, and I should probably be posting one of them instead of this image… The Riverwalk at night is a very tricky place to shoot if you don’t have a tripod. The range in brightness between the shadows and the bright, artificial lights is massive. I was shooting handheld with the 35mm F/2 and most of my shots were made in the ballpark of F/2 at ISO 6400 with a shutter speed of 1/100s. The reason I said I should probably be posting one of those shots is that they’re good examples of how much detail can be pulled from the shadows with the X-T2.

For example, one shot was taken handheld with the 35mm F/2 at 1/60s at ISO 6400. In Lightroom, I pushed the exposure +0.6, brought the highlights down –0.5, brought the shadows up +0.8, and set the luminance noise reduction to 0.3. The result was a very web-shareable image. The fact that I was able to do all of those fairly extreme brightness adjustments on an ISO 6400 image and not need to push the noise reduction up more than 0.3 is pretty astonishing. Obviously how much you “need” to push the noise reduction is subjective, and I don’t know that the X-T2 is any better in this category than other similar cameras, but personally I couldn’t be happier with how the X-T2 handled the conditions.

So why am I not sharing that image? Well, because both that image and this one were taken on the same day and I can only share one before my 7-day limit on the recency of images for this project runs out. And I just like this image way more. 🙂 If you’d like to see that example image, just let me know in the comments and I’ll send it to you or throw it at the end of this post or something.