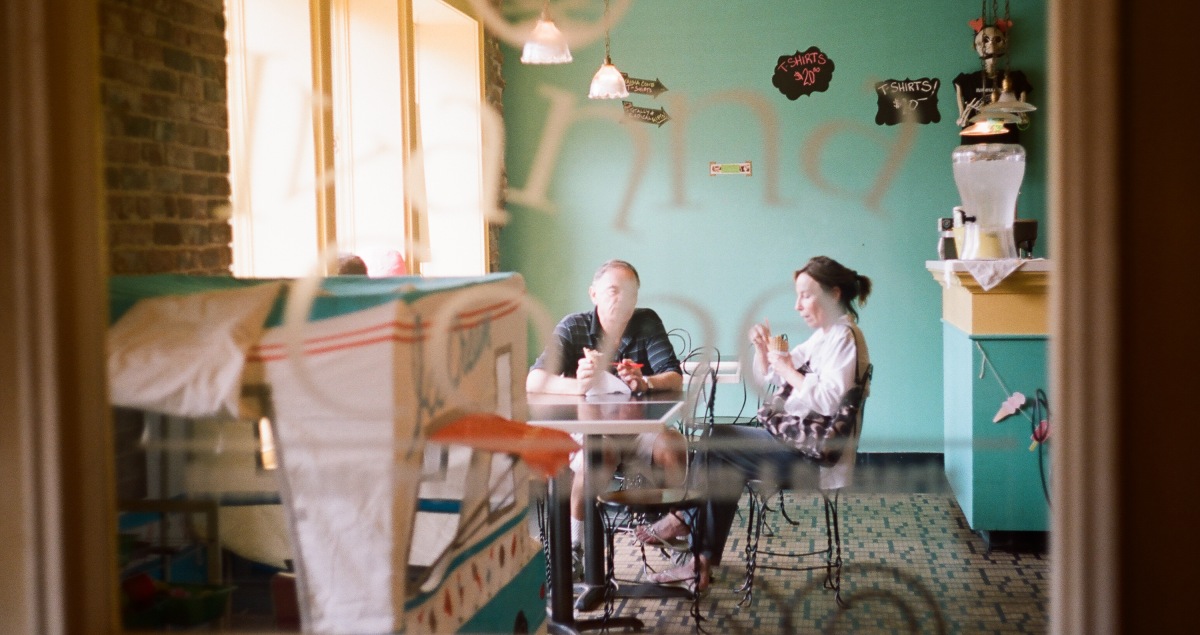 In an almost certainly futile effort to get caught up, I’m going to try to put up an In Development post each Thursday. Wish me luck.

That was from my last In Development post…which was a month ago…whoops.

Anyways, today’s post is of the second roll of film I put through my Leica M3 with my old 50mm Summicron Rigid attached. Because the M3 doesn’t have a light meter and because I don’t really enjoy carrying an external light meter with me when I’m wandering the streets, I ended up ballparking a lot of exposures. Portra 400 is great for this because anything from about a one stop underexposure to a five stop overexposure will turn out just fine.

When I first got these scans back, I wasn’t too thrilled. They were a little warm/yellow from the overexposure, which I kind of enjoyed…but they were also pretty washed out/high key and low in saturation. This is such a typical look of a lot of film photography these days, but I’m really not a big fan of it for anything other than certain portraits. I love deep blacks, contrast, and rich colors. Portra 400 doesn’t really give you that profile out of the box, and with the lab scanning for the trendy high key look it’s a recipe for a disappointing scan day.

But when I was preparing these images for this post, I started playing around in Lightroom. I usually don’t edit my film photos too extensively, but with these I decided to switch it up a bit. I added a decent amount of contrast, particularly in the shadows, and in some cases did a gamma shift to drop the overall exposure. I didn’t touch the color sliders much, but the exposure and contrast adjustments helped to add some punch to the colors as well. After making these adjustments I’m actually really pleased with these images. I think I may have cracked the code for how to get the look I want from Portra…

You might wonder why the heck bother to use Portra and then mess with editing as opposed to just using a film that’s punchier like Provia or even Ektar. That’s a valid question, and it’s something I periodically revisit. I’ve actually shot quite a bit of Provia and Ektar in the time since I shot this roll to try to get the look I want in a more direct way. And while I’ve been somewhat happy with the results I don’t know that either is the perfect choice. They’re both slower than Portra, Provia requires fairly precise metering, and I find Ektar to be incredibly unreliable. So having the ability to get a look that I really enjoy out of Portra while being able to take advantage of its exposure latitude and dynamic range could prove to be really useful. More experiments to come… 🙂

In the meantime, enjoy the shots! All photos were taken with my Leica M3 and Leica 50mm Summicron Rigid on Kodak Portra 400 shot at ISO 400 and overexposed a couple stops. They were developed and scanned by Richard Photo Labs, and I made some contrast and exposure adjustments to all of the images in Lightroom.