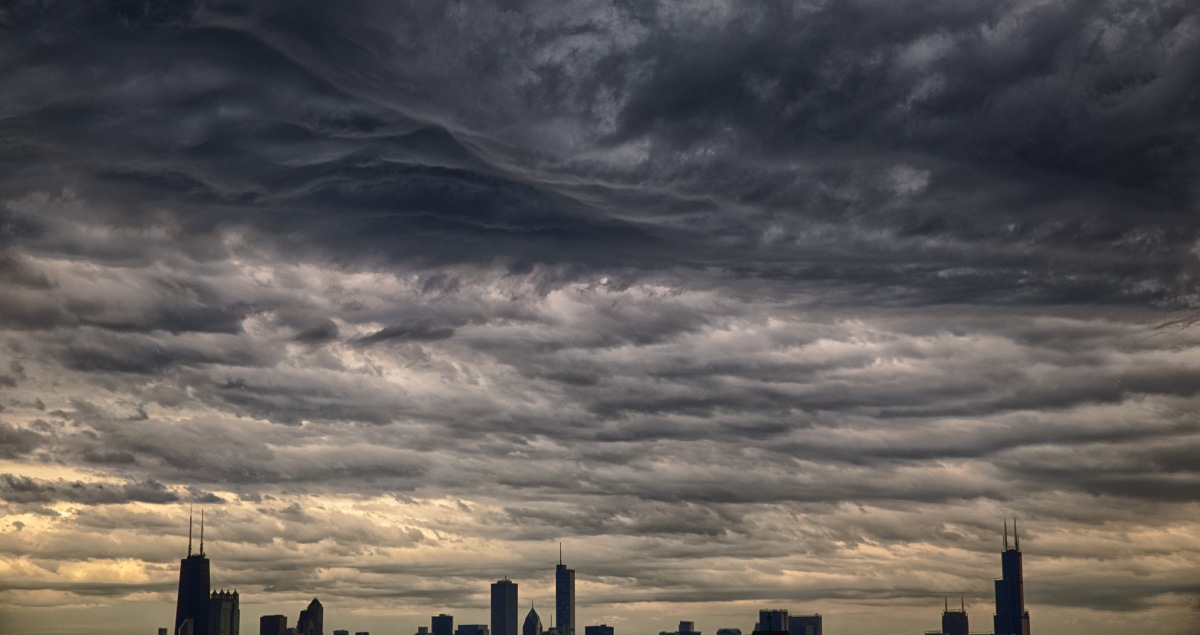 the view from the roof of our new apartment is pretty spectacular. so when the clouds started rolling in last night, i knew i needed to head up top to soak in the atmosphere. i had barely set up my tripod when the rain began (accompanied by a flash flood warning), and i only ended up getting about five shots in, but i couldn’t be happier with the result. clouds are one of my favorite subjects to shoot, and when there’s a scene with this much texture and tonal depth in the clouds, i can’t help but smile. throw in the skyline of a great american city to frame the horizon, and it’s almost impossible to not end up with a great shot. i bracketed the shot and merged the exposures in an HDR software to ensure that the clouds’ texture would be preserved throughout the shadows and highlights.