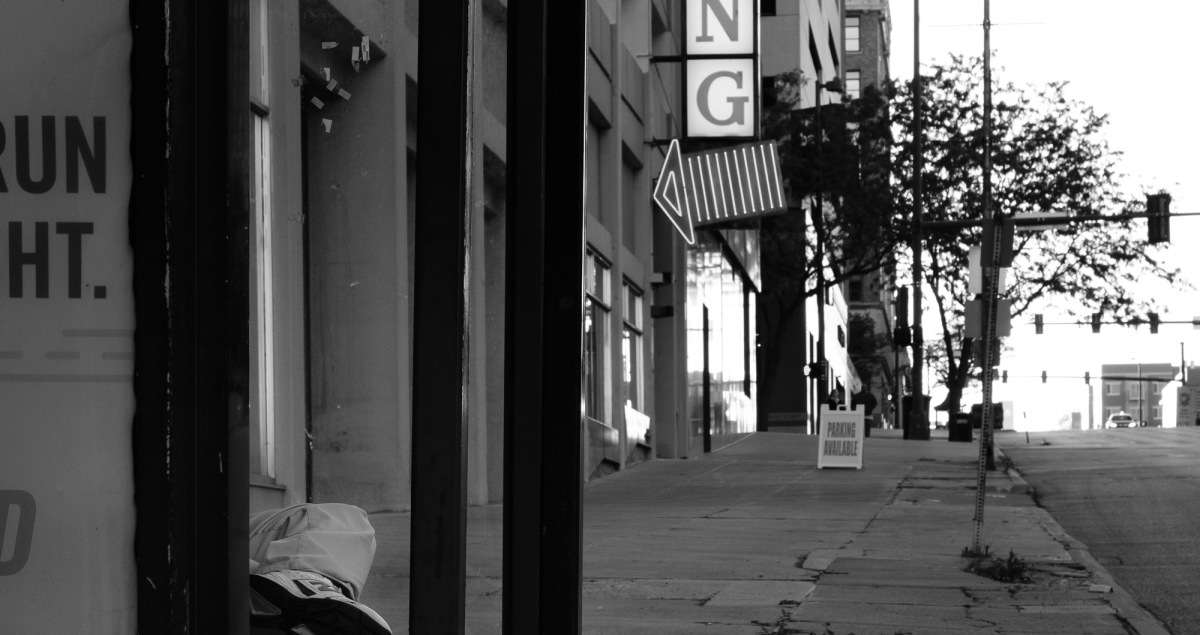 Today’s image offers another example of how pleasant it is to use the joystick on the X-T2. I rambled about this extensively in the Day 2 post, so I’ll try to keep my affection under control here.

In this case, I was shooting with a small aperture to achieve good depth of field (I wanted the parking sign in the background to be sharp). With so much margin of error for depth of field, I could easily have gotten away with focusing on the man’s shoes and recomposing. And since the man wasn’t really moving, that little lag between focusing and shooting when using the back-button focusing technique wouldn’t have been problematic. In short, I could have easily gotten this shot using my old method of focusing on the streets. Yet I used – and seemed to prefer using – the joystick/autofocus combination.

This might just be because of the novelty associated with a new tool, but I think there’s  something more to it. Shooting with the joystick feels very natural. I think this is because it better mirrors how my eyes and mind construct the image. In my mind, I tend to start with composition, then consider depth of field, then pick a point on which to focus. The joystick/autofocus approach fits this flow perfectly, whereas the back-button approach interrupts the flow. I’ll have to reflect on that more…

I also want to touch on another new feature of the X-T2 that helped me get this shot: the updated tilt screen. The X-T1 had a tilt screen that would work in landscape orientation only and would fold out a full 90 degrees. The new tilt screen maintains that functionality but also adds portrait orientation tilting to about 60 degrees. I rarely use tilting screens, but they’re awesome in those rare situations when you need them.

With this shot, I wanted to get a low perspective – almost to the level of the man’s raised shoe. To achieve this, I had two options: awkwardly find position between kneeling and sitting and laying on my stomach…or use the portrait oriented tilt screen. Easy to see why the tilt screen can be useful at times. 🙂